In June 2021 commenced our journey exploring the iZone HVAC zone control system as part of a upgrade from a pre-existing Hitachi ducted utopia inverter over to a compact MHI KX Series high efficiency 3 phase inverter which was recommended and sold to us via the local iZone distributor. The original 8 zone IAS manual control system was upgraded to use an iZone 435 controller, operating 11 zones with the remaining 3 zones in the end used for a constant zone and 2 zones consumed to run a fresh air intake. Ductwork changes were made with a new plenum box installed (pressure box system).

Unfortunately since June 2021 the system remains not yet working the way it was designed with numerous issues that we have lodged with the iZone company and we are patiently waiting on resolution.

On the flip side the MHI has been an interesting unit, hampered in performance we believe by the iZone but the design worth some discussion.

This blogs lists the challenges to help iZone solve these issues and also give insights to how the hybrid system performs as many people have asked me for insights on use of a zone control system give how little information exists on the options on the market, there are virtually no detailed reviews on any of the systems out there.

I am also keen to connect with others exploring these types of automation systems, as a specialist in this area always keen to try out new products and approaches.

The iZone control system allows for more than 8 zone control so allowed an update from 8 zones to 11. (Sales team claim 14 zones but as I will explain this isn’t really true) Most HVAC systems today run with architectures that are decades old due to I believe lack of investment in this industry, the 8 zone limitation is a common issue with options in HVAC residential installations.

We have a increasing list of defects which have not been resolved yet by iZone which I think anyone considering this system should be aware of and also may be of use to anyone thinking about developing their own control solution. The real world problems we’ve hit include but are by no means limited to

I must admit our expectations after repeated talks with the iZone sales team, engineering and authorised installers were extremely high, claims included firmware was updateable by end user so new features would “flow” through, able to control, monitor and automate it as we wished, fully compatible with MHI and Panasonic, can run 14 zones etc.

Unfortunately as I noted before not many reviews exist and we acted on faith and trust in the iZone claims, hence why this article is being written to help others get the facts. Apart from one outrageous youtube video that scores the system 9/10 and claims it to be mature there isn’t much else available and we found the “installers” claims where not based on them using the system but what they were told by their sales rep.

The first big issue we fast after committing funds to this upgrade was the 435 controller is advertised as supporting 14 zones however 2 zones are lost using the fresh air and there is no method to work around not requiring a constant zone. So basically add iSave and the system drops to a max 12 zones but really its 11 because of the constant requirement.

Late sharing of this vital information from the iZone team forced a redesign just before we started laying new ductwork as advise on the izonepedia was invalid. Unlike other systems such as the Advantage Air myair5 there was no way to allow excess air pressure to flow to a common area without losing key functions like temperature control.

The air overflow requirements so extreme that even though we already had designed in two 12/14 inch ducts to common areas this was not BIG enough for iZone so our 2 common zone layout had to be augmented at the last minute losing the 12 zone to the iZone archaic bad air flow management. (a fixed zone had to be put in running from the return to the supply which iZone would “manage”) Yep.. thats is right.. air is routed straight from the fan coil back into the return!

Note if you have committed to using iZone or any other system that hasn’t got enough zones please never use common zones. The reason for this is the common zones are not managed and cannot be managed in any way (don’t believe installers than think you can “manually” control them), Common zones will blow air at whatever temperature the supply is at, and this can make those zones very uncomfortable. If iZone was not limited now to 11 zones first thing I would do is remove both common zones and put in zone motors. Again to reiterate as this is an important point I did not appreciate! Once you have temp control having fixed zones is not like the experience of a manual zone control system. Fixed zones become the obvious area where air temps are not controlled and airflow not controlled, the MHI pumps out ~46C+ and ~6C in summer those zones become uncomfortable/unbearable. If we had a choice again we’d have stopped the install and rethought the design rather than having introduced a fixed zone to compensate for iZone not providing the advertised 14 zones. Another option might haven been 2 smaller units, 2 zone systems and run upstairs and downstairs independently to get around the 11 zone limitation. (or buy another system of course)

Constant zone is an old design where air is pumped between the supply and return out to a fixed location if too many zones are closed. Other zoning systems like Advantage Air use an approach of allowing a percentage of air to flow out of vents to instead direct extra air actually through the system. This gives you an extra zone and avoids the need for air to be pumped needlessly into the return or out to another room. Unfortunately at design time we didn’t know a dedicated constant zone was unavoidable and had been told 2 commons zones would do the job. If your looking for a system focus on getting a detailed understanding of how the system deals with excessive airflow when ramping down and if its got a common zone concept get the exact size of the duct requirements.

One issue that was almost a show stopper when we went to purchase was the poor design of switch sensors. iZone must have a sensor in rooms it is going to temp control and iZone only offer 1 style of sensor which is a button sensor that looks exactly like a wall switch (Clipsal Saturn series) Unfortunately Clipsal Saturn series are not in every home, thank godness as they are cheap/nasty looking and collect finger prints. Because the sensor is the shape/size of a wall switch they are easily confused with light switches. This means, visitors, kids, elderly will confuse the climate button with a light switch and randomly turn on/off your zones in an attempt to find the light switch. They also look terrible if you have a different series of switches such as a Neo series or even basic classic series light switches. A hodge podge of switches all over your walls ultimately devalues your home when you consider re-sale value. We have had to avoid mounting any of the sensors because of the awful design issue.

I did raise this through to iZone however iZone (Walter) declined to have a discussion on the topic. They were that reluctant to consider any changes, not even willing to talk about why the sensor switch was not ideal. This should have been a red flag on dealing with iZone further I admit now.

Anyway I really want to highlight, the sensors look bad, and are confusing. If you are looking at this system consider this and insist on seeing samples placed in your home before making a decision.

In any case we are considering investigating design of a new small and less obstructive paintable enclosure similar to the Advantage Air one using a 3D printer if I can borrow a spare sensor and get it across to my 3D printing guy. Note a priority but something on the backlog if we ever get the primary issues solved.

I could easily write an entire series of blogs on the mistakes and issues on the design of the mobile / tablet app which despite efforts to integrate this system to other platforms still remains the only other way to control it other than using a touch screen. Image below is probably what I’d consider to “sum it up” in photo. If you want to know more about the app I’d start another blog on that.

Note I am experimenting with code for Home Assistant, Openhab and also have tried the Alex and Google integrations. The integrations managed by iZone don’t work properly. The Home Assistant code is not bad, but of course impacted by the problems with the ethernet interface.

The fresh air also does not work wireless or independently like the original advantage air 4 button system [which is cool and I wish we had been able to source it] The iSave instead uses 2 full zone inputs off the main controller as dumb on/off switches. It also has no temperature sensor on the air intake or filter sensors.

Recommendation and Next Steps

We continue to wait to engage with engineering and support at iZone with pressure being applied by the local distributor. I suspect most readers would be wondering why we’ve not gone to consumer affairs yet, however at this stage I am still hopeful we can get a resolution and maybe help them bring their product to be fit for use and we believe the distribution is behind us. At the moment not a lot of options on the market and would be good to see a semi-local organisation providing a fit for purpose option.

I’m keen to hear of others experiences and other system options for zone control. I’ve spent some time thinking through the work required to design an open platform zone control solution that could do what iZone does but be flexible and easy to update and I believe it would be achievable using off the shelf components and software. iZone just are not investing in R&D as can be seen by their inability to read error codes or control the fan speed. The MHI protocols are probably the main challenge for anyone however from what I’ve seen iZone don’t appear to have figured this out properly and with their inability to update firmware this is a could eventually be the death of their business. Using an open platform the solution could be dynamically updated to refresh the protocol and the community could support each other as occurs with the automation platform ecosystem. Be an interesting project to build an intelligent zone control system.

What is the key difference between an effective Business Process Management Capability versus one that is costing the organisation? This is a question I’ve had to answer a number of times and hence the subject of this blog post. END_OF_DOCUMENT_TOKEN_TO_BE_REPLACED 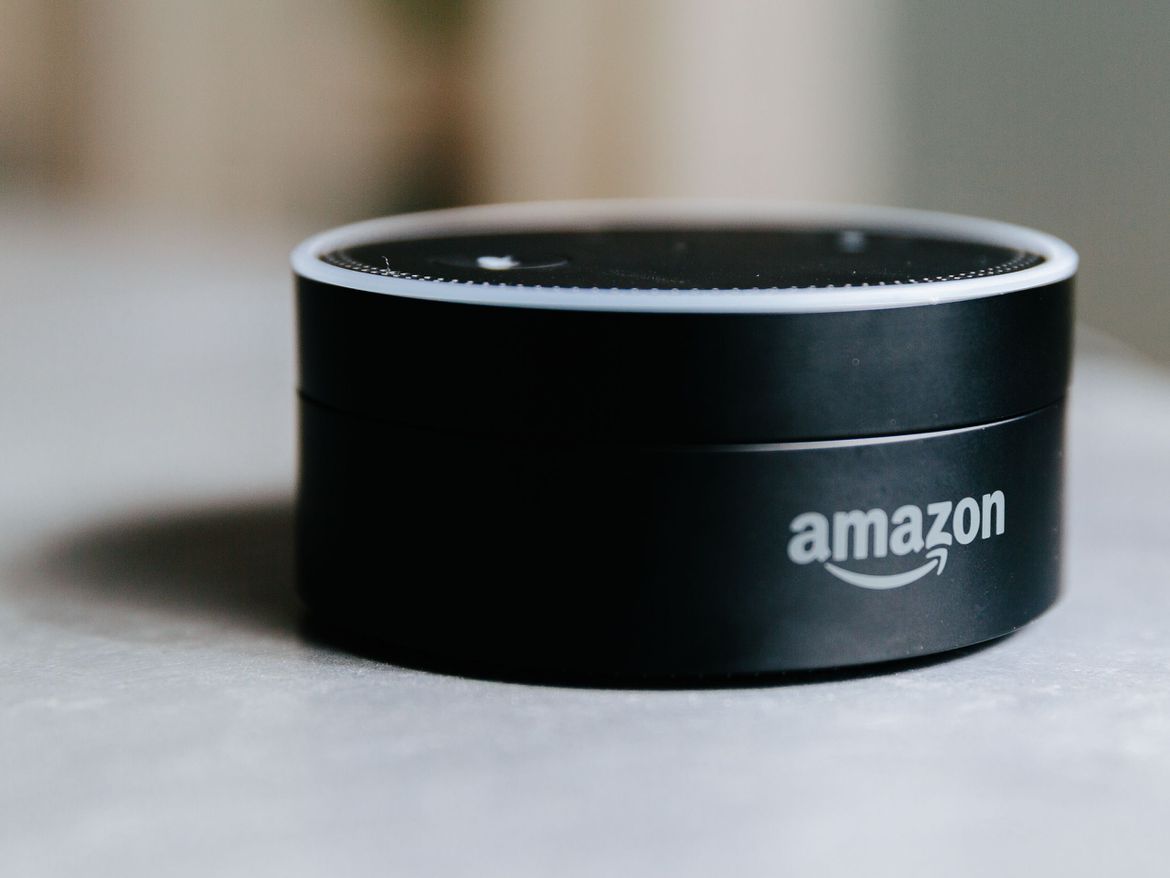 One of the challenges for Building and Home Automation particularly in Australia and UK is the design of automation technology lags behind modern integration, network and communication architectures by decades.  This article focuses on breathing new life into those systems leveraging the Amazon Echo.